The clocks have gone forward, and as if by magic, the weather is noticeably warmer on this, the third day of spring.  In fact, in a few minutes I am off outside to start the task of getting the garden into shape for what I hope will be a long hot summer.

I say start, but in truth I actually began a couple of weeks ago when the traditional task of sowing the tomato seeds took place.   I’m lucky enough to have two greenhouses at Peel Towers and in the smaller of the two I have an eight foot long heated propagating bench which I made out of scrap timber and a heating cable I bought some years ago in a garden centre clearance sale. 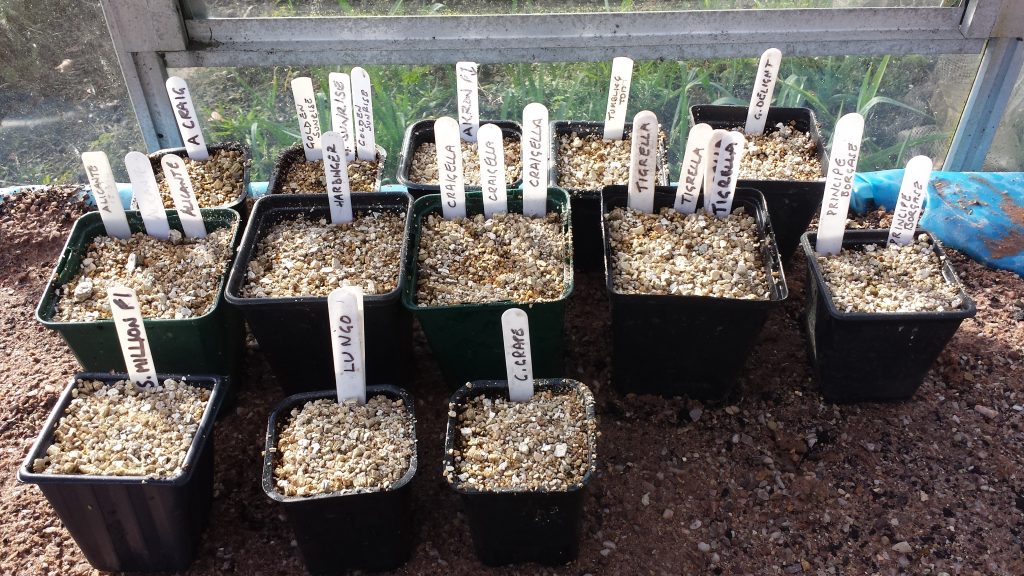 But although this is probably ten times bigger than the propagators most  have at their disposal, as any gardener will tell you, no matter how big any thing is (be it propagator, greenhouse or vegetable plot) it is never big enough.  In the case of my tomatoes, it is because I grow plants for family and friends and because I like to try different varieties.

Within a week the seeds were up and needed transplanting into pots of their own  so suddenly space was at a premium, especially as flower seeds and an indoor sowing of broad beans were all vying for attention. 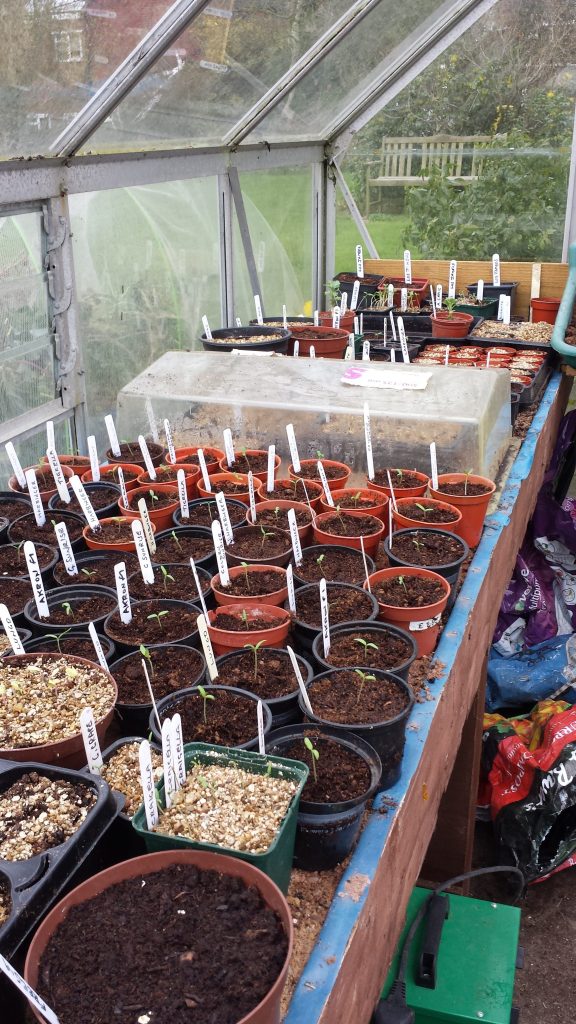 Outside, the lawn has already had two cuts and that has brought its own problems:  the moss I failed to deal with in the autumn has now spread and threatens at least 60% of the surface area and, no doubt, 60% of my time in the coming weeks.

The garden pond is now being inspected daily in the hope that some frog spawn will appear.    The whole issue of frogs in garden ponds has lead to much discussion.   We’ve been here for five years now, and although I regularly see toads skulking on dark damp corners,  I have yet to see a frog.

About 18 months ago I emptied the pool completely and cleaned out vast quantities of dodgy looking black sludge which must have taken years to accumulate.  I also cut back overgrown aquatic plants and installed a fountain, not for its doubtful aesthetic qualities but because a) I like to hear water splashing when I sit in the garden on a summers day, and b) it keeps the water aerated and thus stops the water going green and cloudy.   I was sure this would attract lots of wildlife but not so far, unless you count the granddaughter who took a brief (accidental) dip. 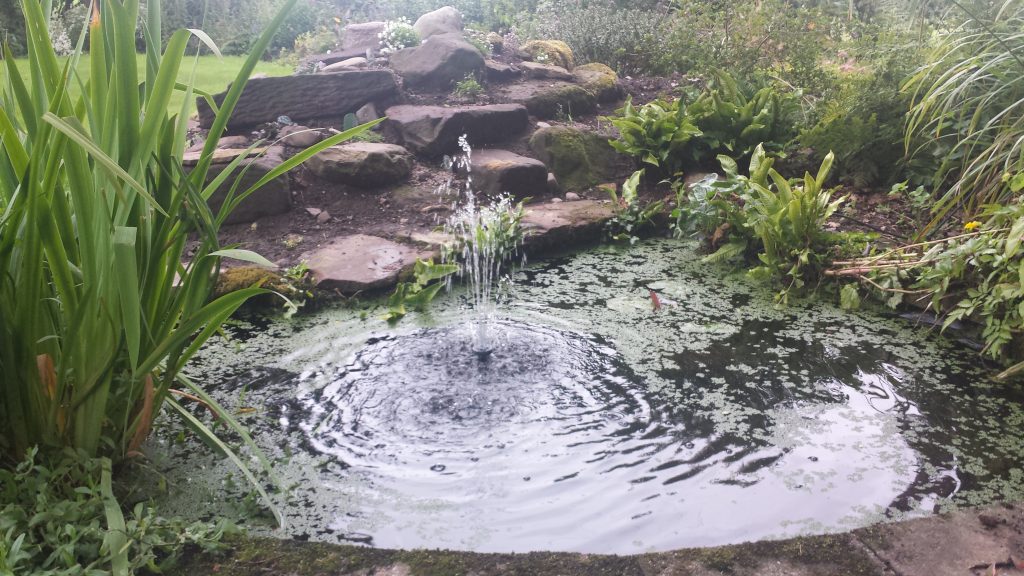 I mentioned to a neighbour that I was searching for some frog spawn to help nature on its way, and received a rather amused look.  He argued that the frogs would find the water soon enough and I would be then overrun with the things, regretting it every time I cut the grass.

Personally I don’t mind doing frog patrol to chase the amphibians out of the way when I get the lawn mower out, so each day I check in the hope that even one solitary frog has decided they want to make my pond their home.   They haven’t turned up yet, but I still hope.

The big job this year is to get the wide border back under control. I’ve battled with the couch grass and nettles ever since we arrived here – and lost.  This time I think I will cover where I can with heavy plastic to smother the growth and then use ground cover  and shrubs.  Life is too short to spend hours each week weeding the same patch.

There are also the three raised vegetable beds to sort out (one is full of strawberries for grandson Samuel’s favourite jam, and they need renewing, and I need one of them ready because soon it will be Easter.

Don’t get me wrong, I don’t have any faith;  you see my grandfather always planted his early potatoes on Good Friday.   I suspect this was more to do with the fact that he had time off from work, than it was a horticultural necessity, but it’s a nice tradition and I’m going to stick to it.