After the hot spring the end of June and July have been mixed with cloudy days and then on the last day of July the third hottest UK day ever! What we really need for the garden is some decent rain but instead we’ve had showers that hardly penetrate the ground and don’t benefit the plants at all.

That said the outside vegetables are rampant with the rather over planted marrow family patch threatening to take over the world. Pumpkins, courgettes, marrows and squash have spread and now cover every square inch between the fruit trees and the lawn including the newly laid path.

Every available spare piece of ground has been used for leeks, which thrived this year in specially made deep seed boxes now being used as a slug free zone for lettuce. Last year the leeks didn’t seem to germinate well at all so I sowed extra and of course every single seed produced a healthy leek plant. I’ve tried to stagger the season a bit by holding some back and I’m hoping they will survive their late transplantation to the space previously occupied by the broad beans.

The strawberries have been disappointing the three season collection planted last year has established but the extremely dry weather following by the wet muggy late June and July meant a lot rotted off or were gobbled up by the slugs. However the raspberries have done us proud and will continue to do so throughout the rest of the summer and into autumn. 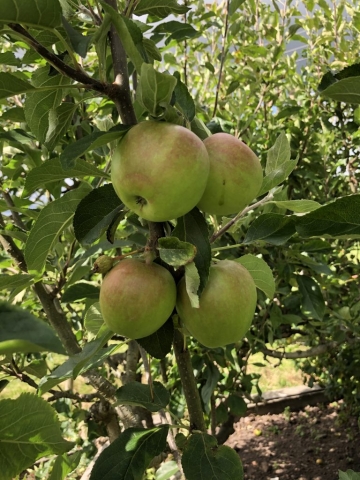 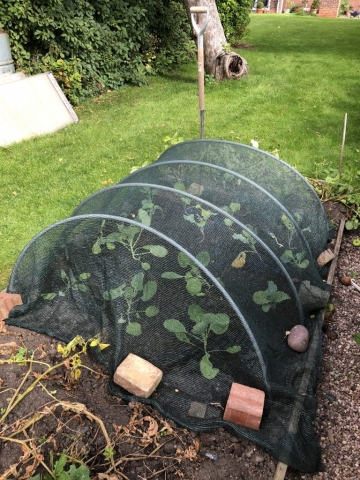 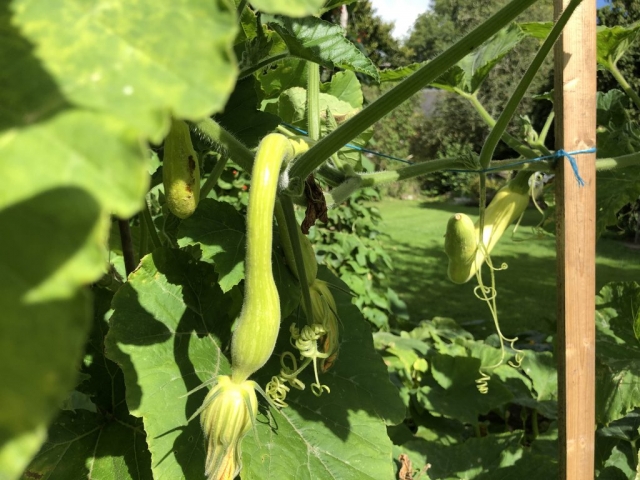 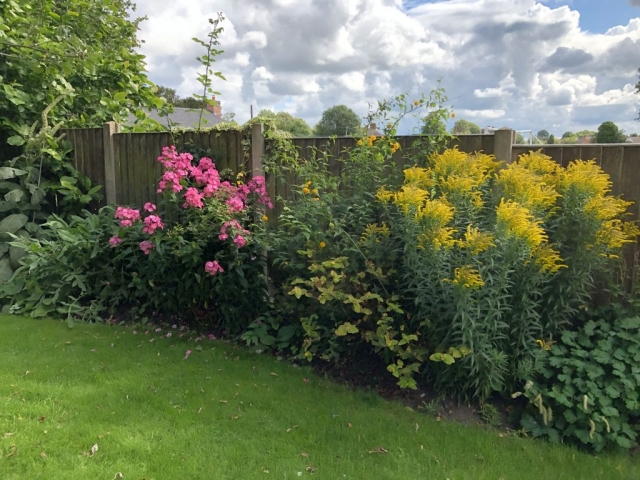 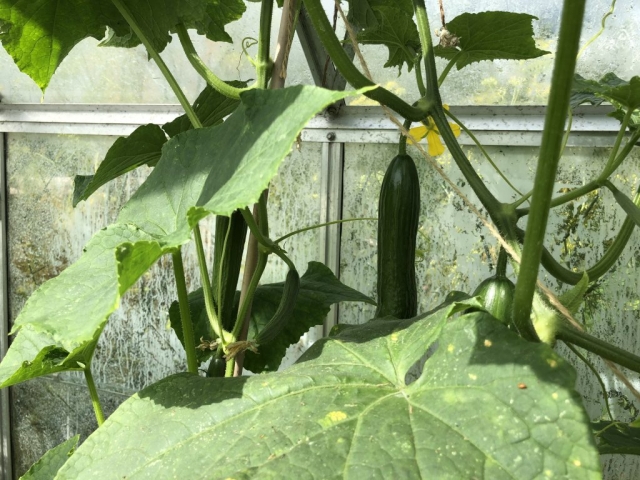 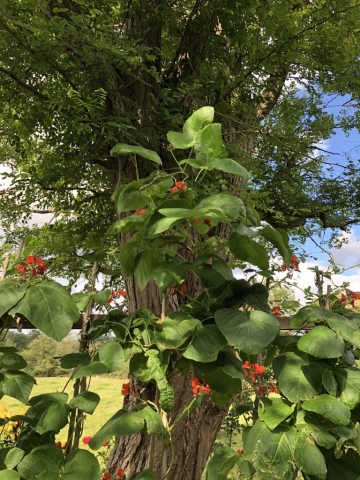 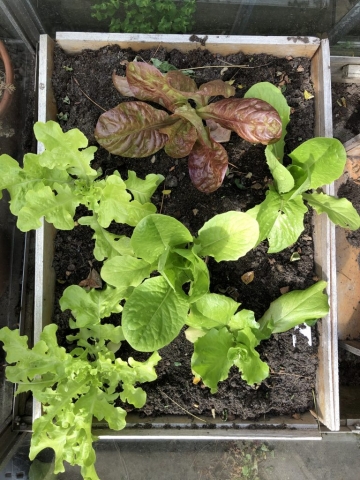 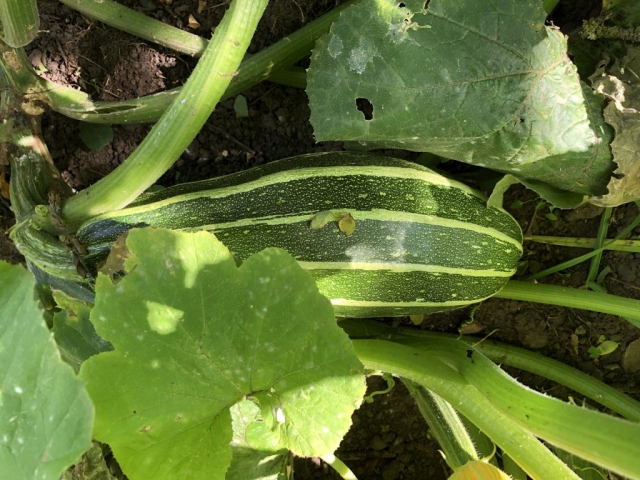 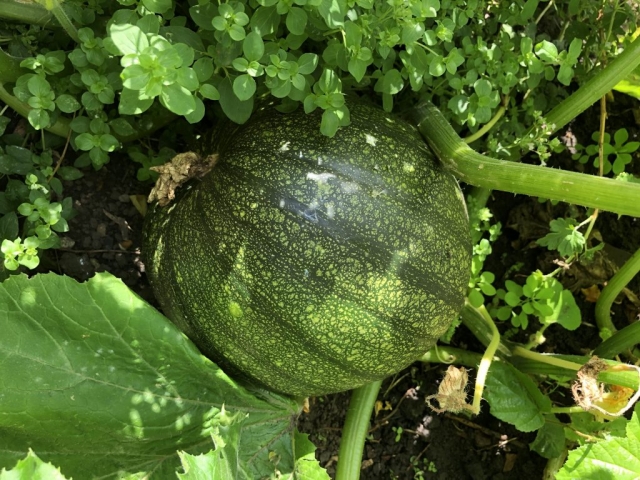 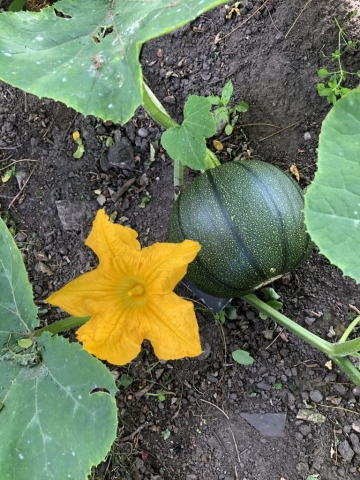 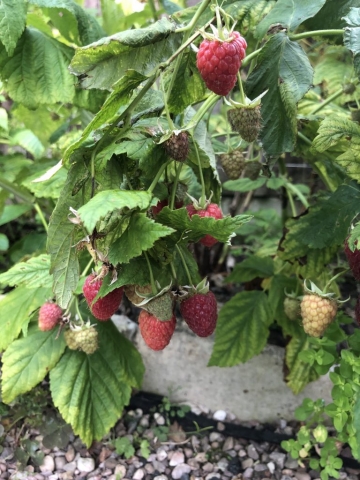 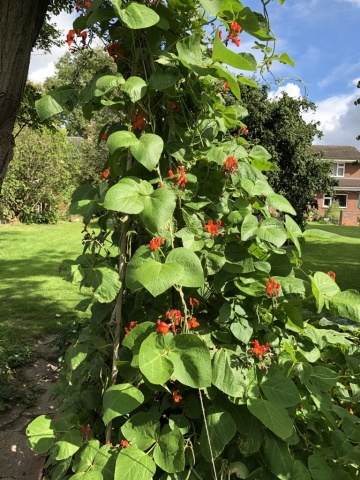 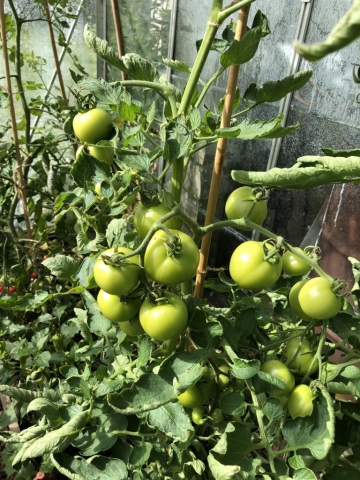