No I hadn’t heard of it before either, but spotted a booklet and route in a N.Y.Moors information place and it piqued my interest.   In theory it connects the two ends of the Cleveland Way long distance walk though who would want to walk a further 50 miles to pick up their car in Helmsley having just done 110 tough moor and coast miles, I can’t imagine.

However as a stand-alone route it follows the southern edge of the moors park and can be split conveniently into four 12-ish miles stretches, perfect for a short walking break.   I did the route in mid-September after a week of heavy rain but was lucky enough to enjoy sunshine and dry days though the wind was strong at times.

The walk begins on the Cleveland Way route, on the cliff tops at Scalby, near Scarborough, and follows roads, paths and tracks through the forests that mark the edge of the moors, across moor and farmland, all present some fabulous views of this beautiful park of the country.   It should be noted that the route does include a lot of tarmac – almost 13 miles in all, in addition to many miles of wide, hard surfaced tracks.

Because of the rain much of the 18 miles of actual footpath was soggy underfoot and a walking pole proved invaluable much of the time.  In truth I wish I hadn’t ditched the gaiters from my pack in order to save a bit of weight!

There’s a short farm path from the cliff top at Scalby to the busy main A165 road which has to be crossed to begin the first of the many tarmac stretches through Scalby to a grass track alongside a wide beck delightfully named North Back Drain.  Most of the rest of day one was on tarmac, gravel or forest roads, but we had a welcome cuppa at the Everly Country House Cafe before plodding through Wrench Green and the long climb into Wykeham Forest. There were some fine views across Troutsdale as the route followed the contours into Dalby Forest and South Moor Farm and a warm welcome from the owners Chris and Bob.    The b and b is pretty remote but offers an evening meal which was definitely the best dinner of the walk.

Despite forecasts of torrential rain, thunder and strong winds, the morning dawned fine and sunny for what turned out to be a day of two halves!   Wide forest tracks took us remarkably quickly to the Hole of Horcum, a deep moorland

valley off the main Whitby to Pickering road at Saltersgate.  On the way we could see the radar of RAF Fylingdales, not as attractive as the old three white golf ball like radomes….and clearly defined was Blakey Topping, not to be confused with Blakey Ridge several miles away across the moors.     Across the road we joined a great moorland track which took us all the way to the pretty village of Levisham passing Sievy Pond and Dundale Pond on the way.

As they say in the best horse racing circles, from Levisham the going became soft – very muddy indeed, as the route passed through Levisham Wood to cross the North Yorkshire Moors Railway at Farwath where the farmer reported the beck was five feet above its normal level at the overnight rains of the previous week.  My walking companion had by now left me to the sound of the birds, and the hoot of the steam train as it made its way from Whitby to Pickering and I climbed Farwith hill to join a track which took me to the next excellent overnight at Swan Cottage b and b in Newton-on-Rawcliffe.

The day began with an amazing walk through woodland down Newton Bank and across marshy ground and alongside another wood to the hamlet of Stape.  With rain threatening, the pace quickened as the shelter of trees was clearly not far ahead.  As it turned out it didn’t rain, but the paths to Cawthorne were excellent and I glimpsed a fox scurrying away at the sound of my squelching footsteps. Later the unmistakable call of hundreds of pheasants – probably rich picking for the fox family though actually reared to provide fun for the sporting hunter and game pie for many a diner.

Navigation was slightly tricky through Cropton village but only because of the illogical placing of the Tabular Hills signs.  Generally the signage was good but more of this later.    I resisted the temptation to stop for a pint in the village of Appleton-le-Moors and pressed on via field and farm tracks, and towards Hutton-le-hole was joined by a couple from Sheringham in Norfolk, who were tackling a shorter walk using a guidebook and were finding it difficult to keep on track.

Spotting my map, they assumed, perhaps wrongly, that I knew what I was doing and tagged along until we reached Hutton – a picture post-card tourist village if ever there was one.    I stayed over at the Barn Tea Room where I was made very welcome.    Conveniently the Barn is next door to the village inn.   I ought to mention here that the Barn Tea Room breakfast got my vote as best of the walk, but it was a close run thing; all the Yorkshire breakfasts I enjoyed set me up for the day, making a packed lunch almost unnecessary.

The longest day for two reasons.   Firstly the day’s route was 13 miles, and secondly, wrong turns added at least a mile, maybe more to the distance and finally there was a lot of walking on hard surfaces, not good for tired toes.

Mistake one was within minutes of leaving Hutton.  The map shows the footpath leaving the main road outside the village, but in reality it leaves from a side road, visible if you are paying attention, but I was bouncing along pleased to be starting another day’s walking, and missed it by half a mile.   Back on track I crossed fields and moorland to the village of Gillamoor and a good distance on tarmac toward Caldron Mill where the next map reading error added another mile.  Until now, where two paths or bridleways crossed, all the Tabular Hills waymarks pointed in the direction you needed to walk.   Suddenly they were only on the gatepost with direction arrows saying bridleway or footpath.   I assumed the wrong direction was the right one!  Serves me right for relaxing. For the third time I was glad of my smart phone and the OS App which, signals permitting, allowed me to pinpoint exactly where I was.  Even without a phone signal, the built in GPS provided me with a map reference – great to check you are where you think you are, or not!

Getting out of the valley from Hold Cauldron worked up a bit of a sweat before a walk, through damp woodland to Skiplam and the longest road walk yet to Nawton Tower and the long descent into Riccal Dale and incredibly steep walk out up Hasty Bank.

By now I was on the home straight so to speak: roads and tracks took me to the broad forest road through Ash Dale and into Helmsley, looking forward to, you guessed, a pint, and a curry.

Reflecting on the four days, the highlights were without doubt the stunning views, the wonderful woodland paths, and the solitude:  en-route I met three cyclists, three walkers and a lady on a horse. 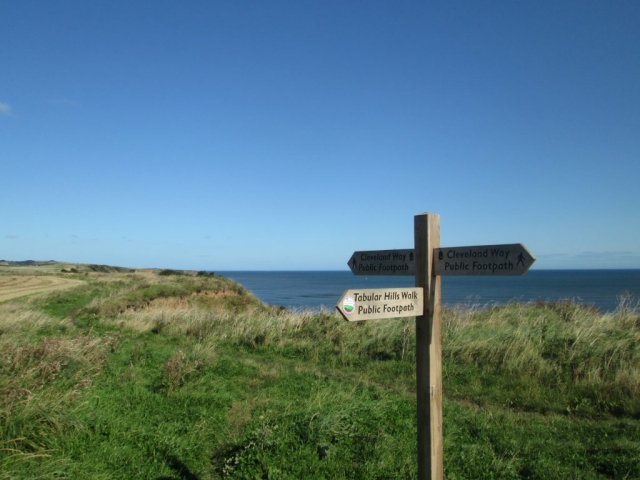 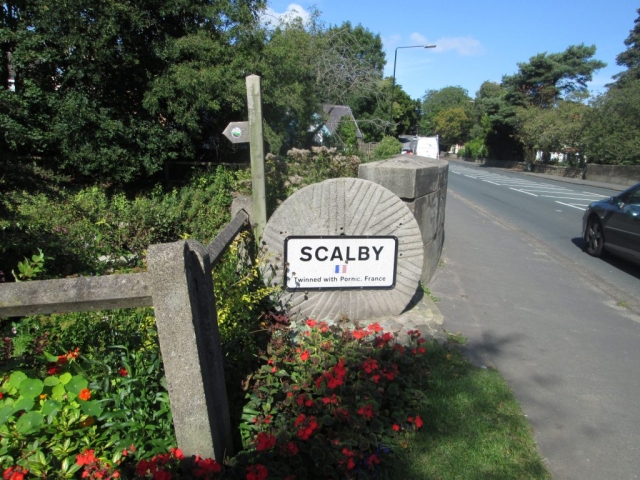 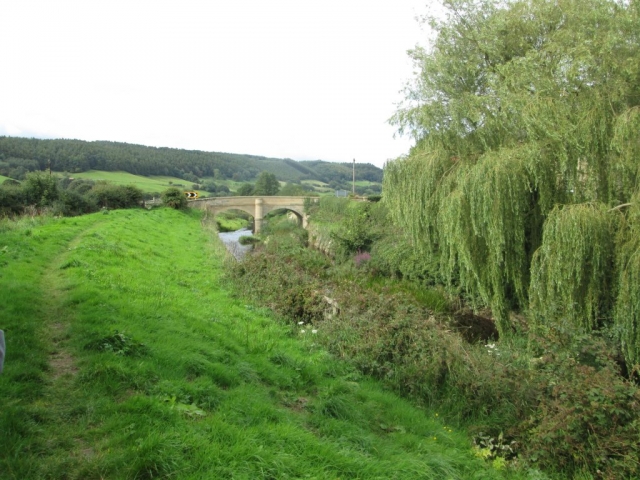 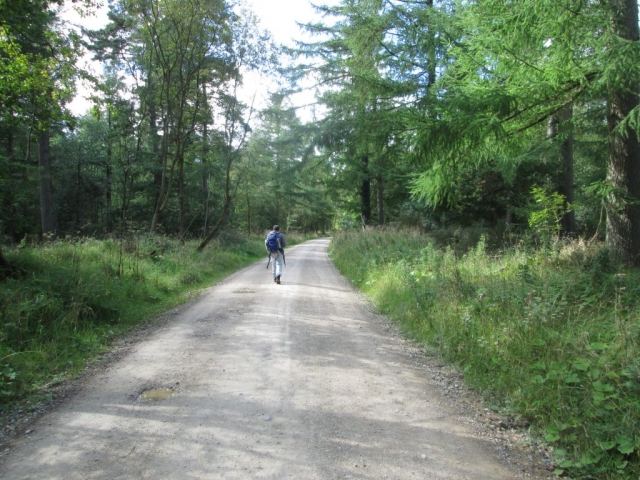 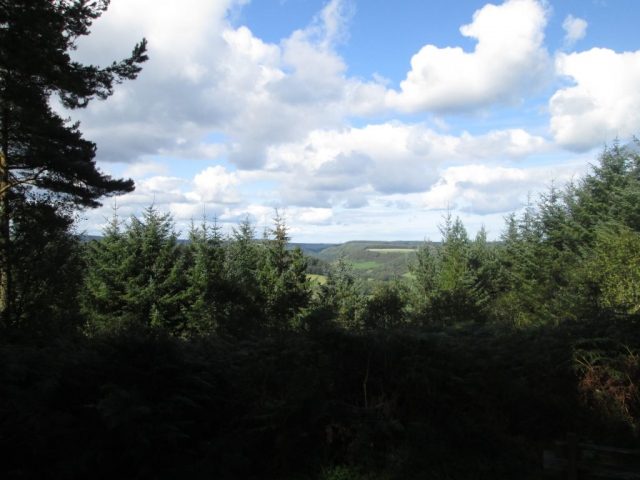 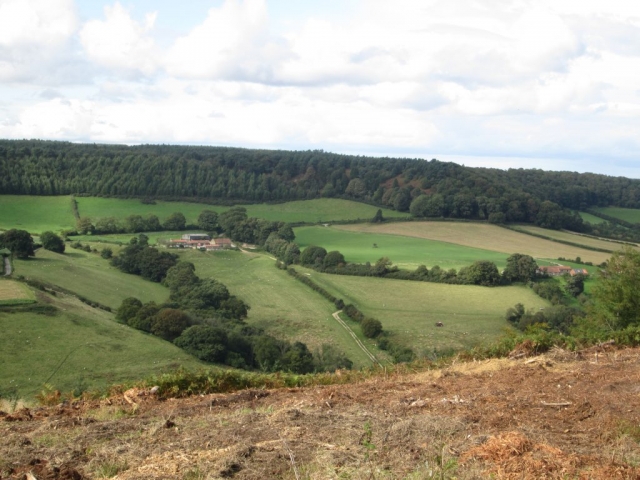 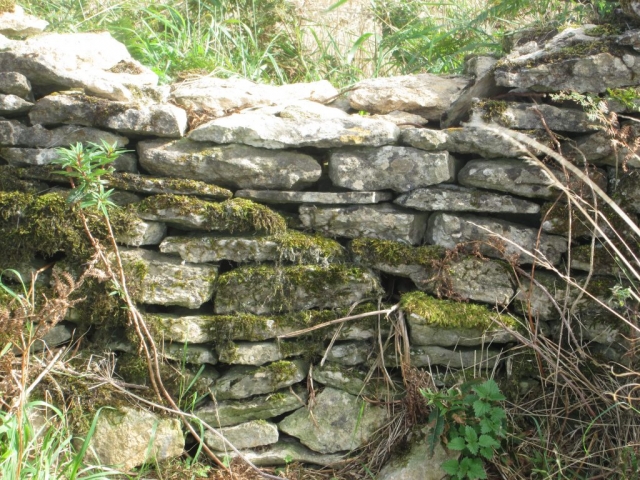 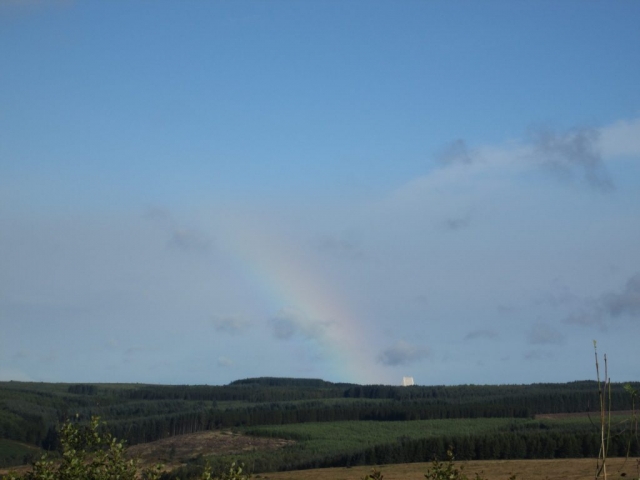 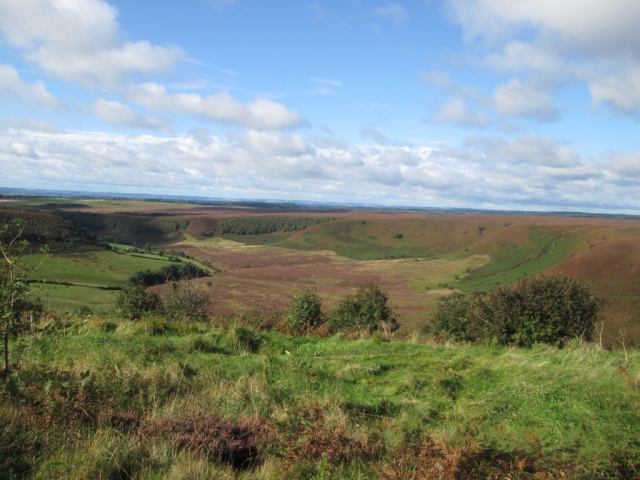 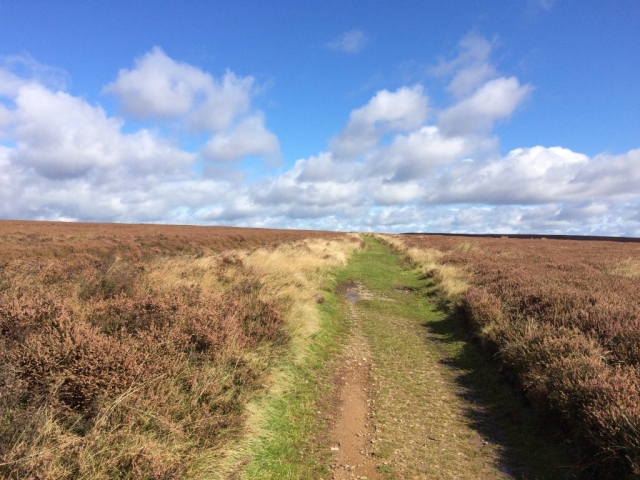 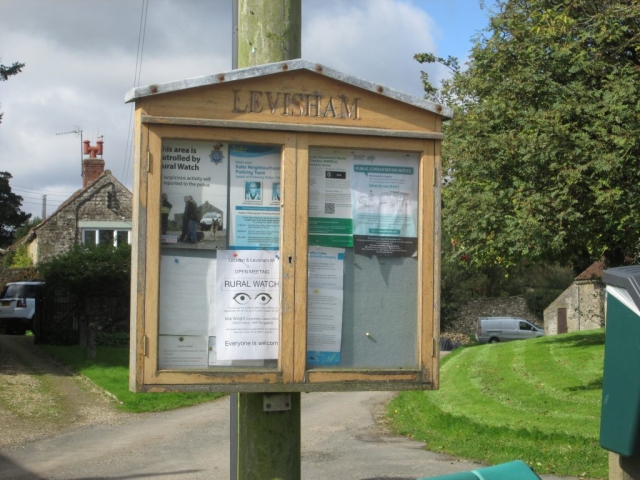 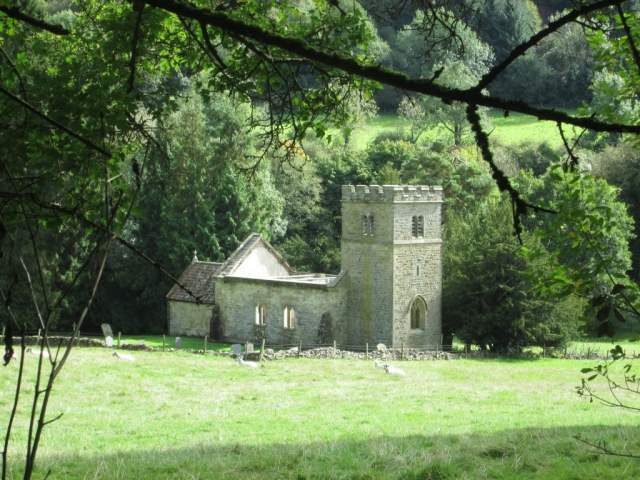 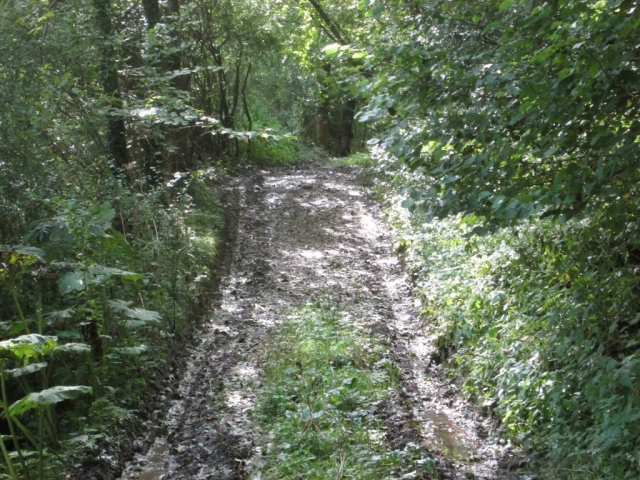 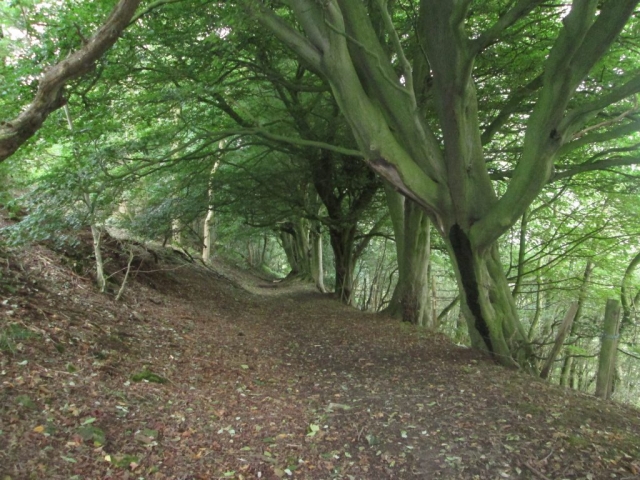 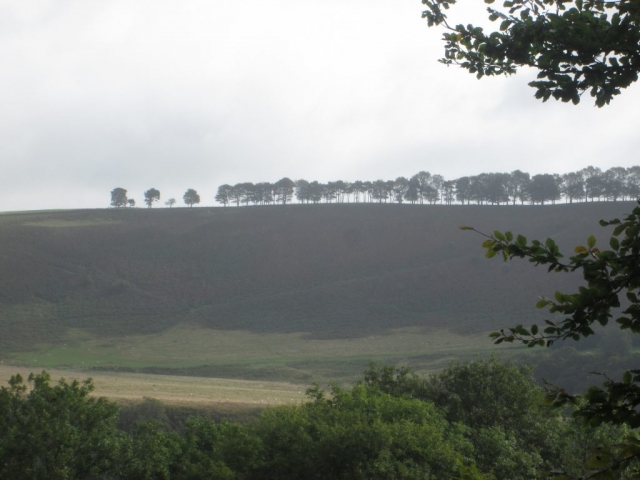 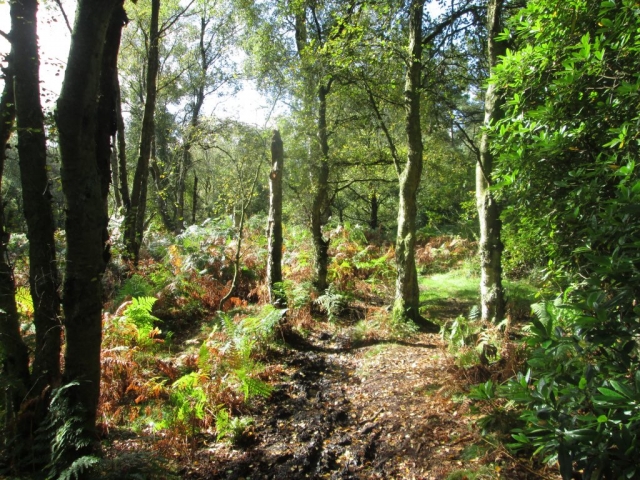 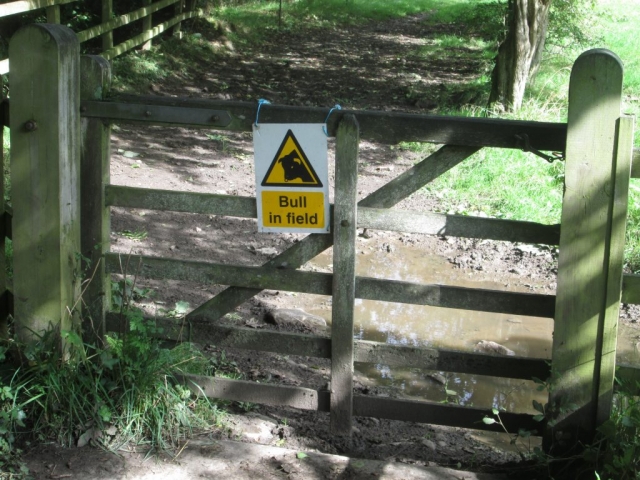 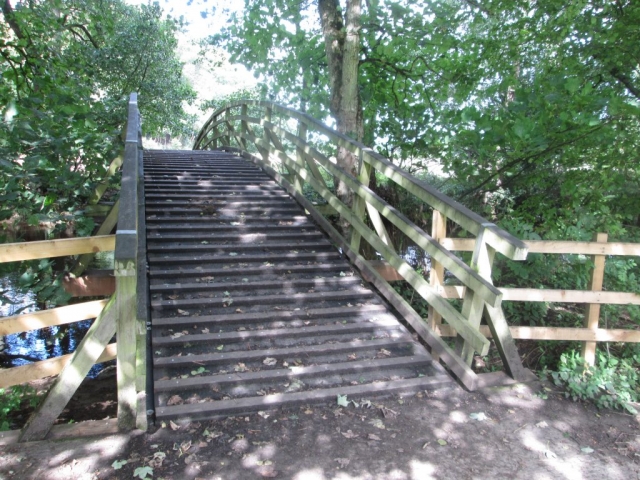 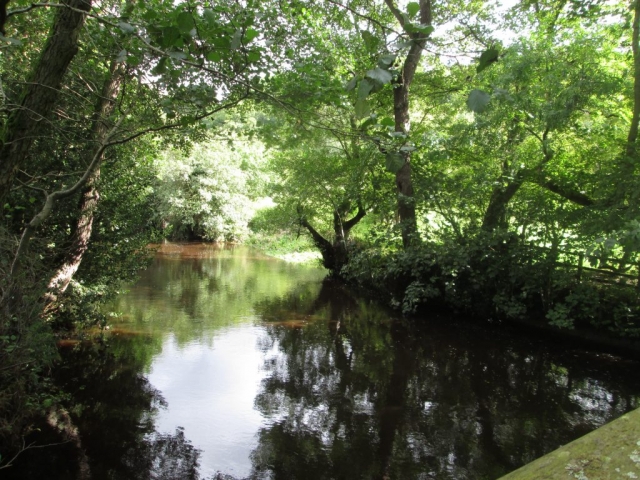 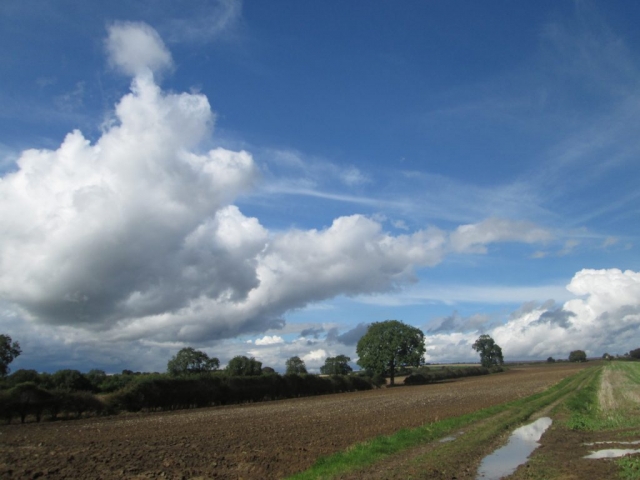 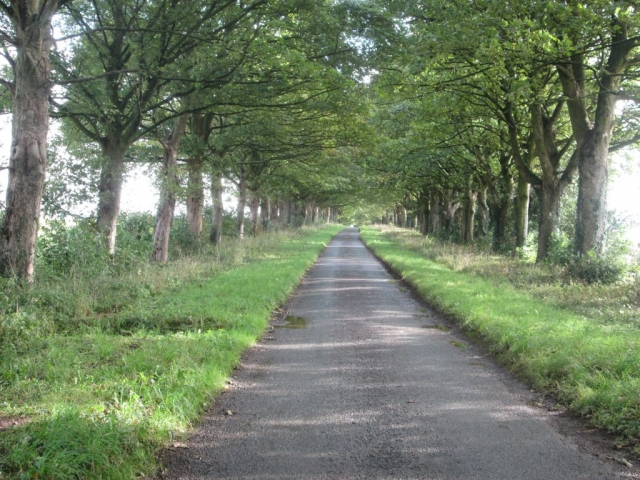 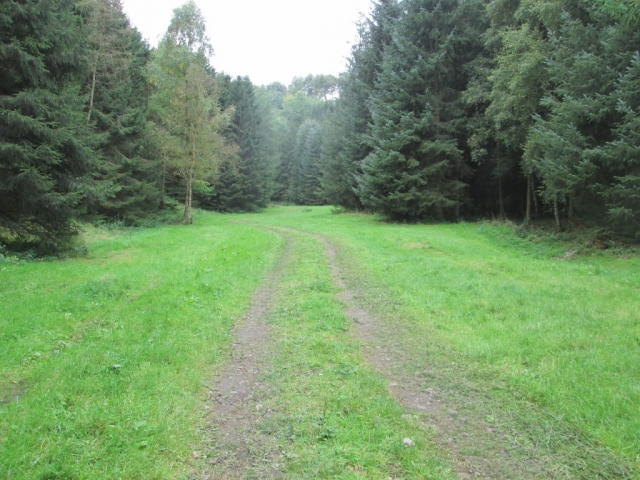 Transport:   Parking is limited around the Scalby start of the walk but there are buses from both Whitby and Scarborough to Scalby:  service X93 will drop you off at the Three Jolly Sailors, in Burniston, about a mile’s walk from the start.     From Helmsley, the service 128 will take you back to Scarborough (an alternative return might be to get off this bus in Pickering and use the North Yorkshire Moors Railway to Whitby).

The Swan Cottage b and b offers a package where they will drop you off at the start of each section and pick you up at the end of the day.